Perks of Switching to Solar Power for Industrial Use in Pakistan

Electric energy is the basic element in the development of modern economies. All our daily activities in education, health care, or agriculture are heavily dependent on it. All of this consumed energy is produced by fossil fuels like coal, natural gas, and petroleum which makes this energy expensive and not environmentally friendly. This is where solar power comes to our rescue as it produces sustainable energy with zero carbon emissions.

Solar power is renewable energy generated from the sun in the form of thermal or electric energy. The most used method to store the produced energy is through photovoltaic solar panels that convert the sun rays into usable electricity.
The industrial sector is switching to solar as it reduces our dependence on fossil fuels. Right now, only 7% of the global electricity is generated by wind and solar ; however, throughout the world, governments and private energy sectors are investing huge amounts to generate enough electricity to power up entire cities.

Power Issues in the Industrial Sector of Pakistan

The industrial sector in Pakistan remains the largest consumer of electricity, but in recent years Pakistan’s industrial sector has been facing an unprecedented energy crisis. It has forced the closure of the factories, including more than five hundred alone in the industrial hub, the city of Faisalabad. The energy supply and demand gap have risen to 5000 MW.
The electricity crisis has a huge impact on the Industrial growth in Pakistan which has declined since 2015 from 4.6% to 3.5% Pakistan’s industry is trying to cope with the growing cost of production because of gas shortages, high electricity tariffs, and huge sales tax refunds.

Considering the current energy crisis, solar power for industrial use an be very beneficial for Pakistan’s economy. It can produce enough energy to fill the shortage gap if consumed properly. The electrical energy in our country is produced by three resources, natural gas, oil, and hydro, of which 29% is produced from natural gas, 35% is produced from oil, and 23.8% produced from hydro. Due to limited oil reserves, Pakistan is importing most of the oil from the Middle East. The increased dependence on the expensive oil energy generation has given rise to the circular debt in our energy sector.

Electricity is generated, transmitted, and distributed by WAPDA and KE. There is a huge technical and operational problem in the energy sector; it’s plagued with inefficient transmission and distribution systems, supply chain blockages, theft of electricity, and non-payment of bills.

The country’s industrial energy crisis is caused by the absence of a comprehensive energy strategy, lack of coordination, insufficient revenue for energy generation, and high tax rates.
Energy shortages have hindered export growth, the government needs to level up their gas and energy supply in the industrial sector, which needs cheap electricity to keep their units operational. Solar power for industrial use can be a new power-generation source.

Benefits of switching to solar power in the industrial sector of Pakistan:

There are numerous benefits of switching to solar power in the industrial sector of Pakistan:

Pakistan’s rapidly growing economy can benefit from switching to solar power since it is geographically located in the Sun Belt and can manage to produce a good amount of solar energy. As of now, industries using solar power in Pakistan are in a benefiting situation which means that they don’t have to worry about exorbitant rates and power outages. A 100 KW plant will provide 400 kWh/day units which will let you save 1.3 million approximately.

Cheap and sustainable sources of power generation are the need of the hour for the country’s industrial sector. Industries that use solar power in Pakistan have low electricity bills and have minimal maintenance charges.
Low power generation, inappropriate energy policies, and lack of planning have led to the escalation of the energy crisis in the industrial sector. However, manufacturing and agricultural industries that use solar power as a primary energy source are benefiting from it during this energy crisis. One of the benefits for industries using solar power in Pakistan is that they take the shortest time to construct, comparing it with the hydroelectric projects and thermal power generation projects which take around 10 years and 4 years respectively. Moreover, solar-powered industries also decrease the dependency on fossil fuels for energy generation.

With an ever-growing population, our country’s electricity demands are increasing, making our industrial sector more energy deprived. We need new incentives to overcome our energy problems.

The adoption of solar power can provide off-grid and environment-friendly solutions to electricity shortage for industries. It is sustainable and no greenhouse gases are emitted after installation. Its growing popularity is opening up many affordable options that offer great solar services. SolarSalar offers economical options within a wide range of industries. To get more information about our services please get in touch with us and let our experts help you out. 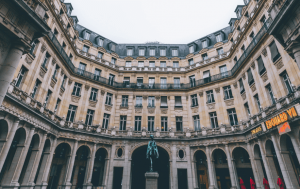